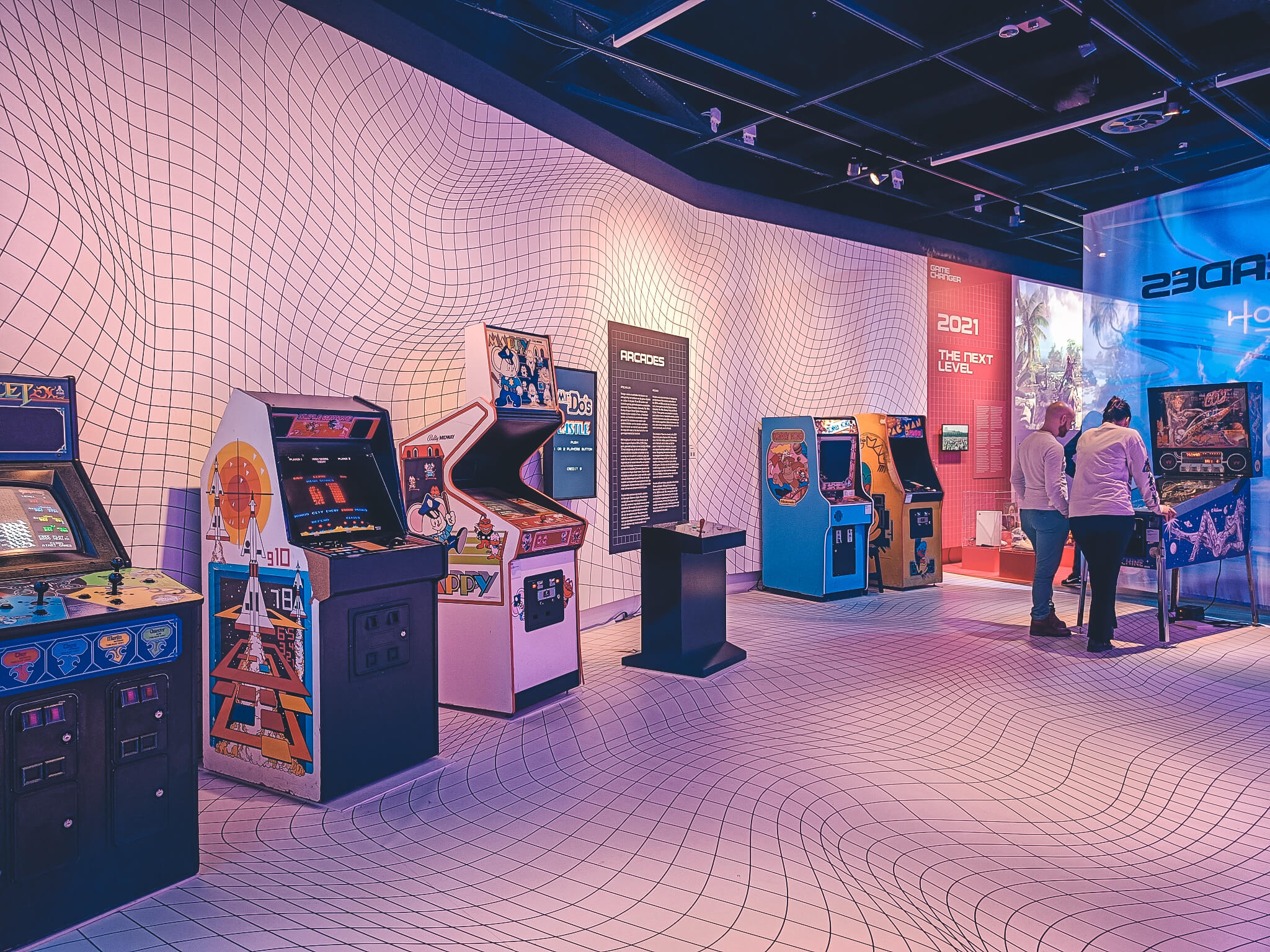 This year marks the 50th anniversary of the launch of the first commercially available arcade game in the world. To celebrate 50 years of gaming history, Forum Groningen is bringing this interactive exhibition to the Netherlands. In Groningen to be precise. Since we’re big video game players, we had to see the exhibition of course. This is what you can expect.

The game Computer Space was released in November 1971, bringing video games to the masses. We’re seeing all kinds of consoles from the early days, some of which I haven’t even seen in real life, followed by some of the stuff people liked at that time.

From the Commodore to the Xbox. There’s all kind of consoles to be seen, but most importantly: to be played. Some bring back memories, like Donkey Kong and Space Invaders, games I played when I was a kid. We try Mario Kart against each other and even though games now look so much better when we’re talking about graphics, all the games are still so much fun to play and bring back so many memories!

The exposition feels a bit like an arcade hall but museum-ish. You can play almost every console that’s around and can read a bit about the old games, check out some sketches and art and see real stuff from the years passing by.

The place is an absolute delight if you used to play video games for that youth sentiment. And of course to try out the older consoles. Bring your kids, they’ll enjoy it, but maybe not as much as you do ;-)

Prices are € 12,50 per person. If you’re a student, kid, or have a special discount card, prices may vary. Check out the website of Forum for recent prices and for bookings.