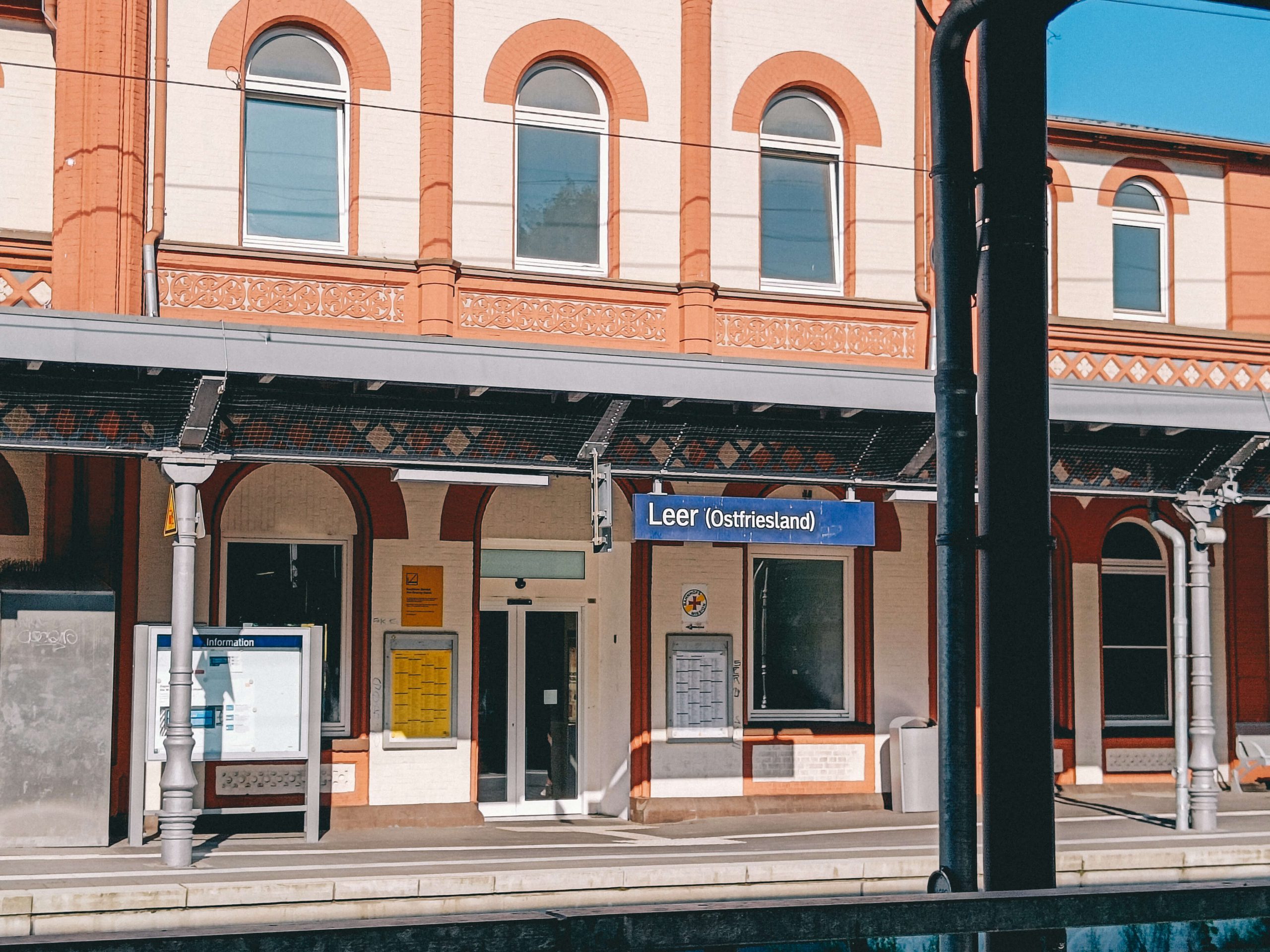 How to travel to Leer from Groningen

Groningen is located pretty close to Germany. Take the car from the city and within 30 minutes, you’ll cross the border. If the train bridge between Groningen and Leer wasn’t broken, we could take the direct train to Leer. Unfortunately, it can take some months before the train bridge will be prepared. In the meantime, you’ll have two options to travel from Groningen train station to Leer in Germany. It’s a little bit different, so therefore this mini guide comes in handy!

Take the bus to Leer

So there has been alternative travel between Groningen and Leer, the fast bus from Arriva. It’s a big travel bus with room for your suitcase below the bus and some space above the seats for small luggage like suitcases and bags

This bus departs every 2 hours from Groningen Central Station to Leer Central Station. You can buy your train ticket through the NS International website or the Deutsche Bahn website. You can use that ticket to travel to Leer by fast bus or train + bus (the 2nd option).

And there’s where it can be a little tricky sometimes.

The bus manages to be late most of the time because the train departing from Groningen is the same as departing from Leer. Also, once, the bus didn’t appear at all while waiting for it in the early morning at 6:30a.m. Luckily I was way too early anyways, so I could take the 7:17 a.m. train. But yeah, no one knew what happened to that bus. So to play safe, I’ll just take the train to Weener.

If you have to catch a .41 train, it’s better to play safe and arrive early or take the train + bus ot Leer.

Take the train + bus to Leer

There’s also a possibility to take a train to the German Weener. And from there, you’ll have about 2 minutes to take the bus to Leer. The bus will be waiting for all the train guests, so if you just hurry up, you’ll definitely catch this transfer. For as tickets, the same applies as I’ve discussed in the chapter ‘Bus to Leer’.

The train departs one every 2 hours as well and travel time is about an hour as well.

So that’s about it.